In his book on the birth and changes of the Internet, Jonathan Bourguignon unveils a list of essential dates to know about the creation of the web. 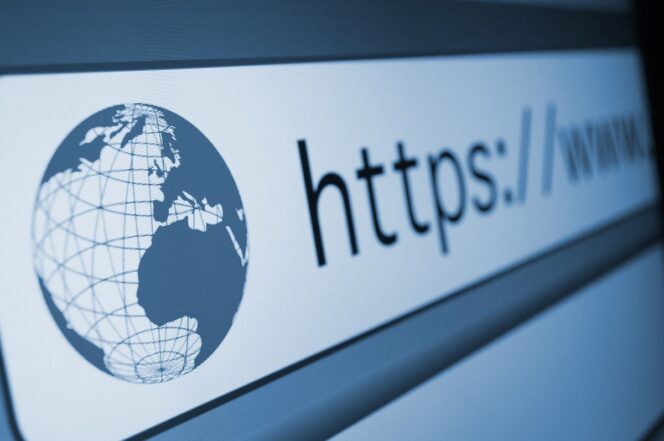 When was the World Wide Web invented? © jamdesign – stock.adobe.com

From the invention of the lightning rod by Benjamin Franklin in 1752 to the launch of the first Starlink communication satellites by SpaceX in 2019, Jonathan Bourguignon lists in his book ” Internet, year zero: from Silicon Valley to China, birth and changes of the network »Around fifty key dates, which marked the birth of the web until today.

Here are the 15 essential web dates to remember:

1950 : Alan Turing creates the “imitation game”, which corresponds to the answer given to the question ” can machines think? », Through a fictitious experiment showing the possible exchanges with humans, thus establishing the fundamentals of artificial intelligence.

1966 : Considered the spiritual father of chatbots, Eliza is the first artificial intelligence program, designed by Joseph Weissenbaum, capable of conversing with human beings.

1969 : Precursor of today’s Internet, the communications network dedicated to the transfer of data packets ARPANet (Advanced Research Projects Agency Network) was created by the US Department of Defense; its first “login” message was sent on October 29 between the University of California at Los Angeles and the Stanford Research Institute.

1984 : launched by Apple Computer, the Macintosh 128K is the first personal computer marketed by the brand, equipped with a mouse, 128 kb of RAM (hence its name is taken as well as the variety of apple, the McIntosh, of which the ‘one of its creators was fond), and a graphic interface that has become cult, which will participate in its success.

The advertising campaign for the first Macintosh, directed by Ridley Scott, in reference to the 1984 novel by George Orwell:

1985 : on November 20, Microsoft released Windows 1.0, the first version of its operating system, which integrates a graphical interface organized into windows to access various programs, such as word processor, calculator or drawing software, in a limited ergonomics not leaving (yet) the possibility of overlapping windows or benefiting from multitasking.

To read also
11 tips for Windows 11: the complete guide

1990 : If the Internet was born in the 1960s in the laboratories of the American army, the British computer scientist from CERN (the European organization for nuclear research) Tim Berners-Lee lays the foundations by inventing the World Wide Web, in order to facilitate the sharing of information, files and e-mails between physicists located around the world; his invention became genuinely popular when the first site became accessible outside the CER, a year later.

1994 : this year is both the year of the creation of the American company Mosaic Communications Corporations, commonly renamed Netscape and which sells web servers, its eponymous browser being the one that first introduced the concept of cookies; but also that of the first advertising banner, thus marking the start of advertising on the web, as well as the launch of the Amazon online bookstore.

1998 : September 4 marks a turning point in Silicon Valley with the official birth of Google (date of the creation of the American company), co-founded by Larry Page and Sergei Brin, then students at Stanford University, and who is has become in the space of 23 years a major player in the web.

2000 : Also known as the speculative or technological bubble, the internet bubble exploded in March, with record market values ​​on the New York Stock Exchange (5,048 points), before collapsing during the second weeks of April (-27%), showing the fragility of the markets on this news economy around new information and web technologies.

2004 : 6 years after Google, it is the turn of Facebook (named Facemash in its early days) to see the light of day, this university social network founded by Mark Zuckerberg with classmates at Harvard, with the aim – initially – of comparing students from their photo.

2007 : during a keynote which has also become cult, Steve Jobs presents the first iPhone model (from a prototype), capable of making calls, sending SMS, emails, viewing photos and enlarging them with fingers on the screen, or even browse websites.

To read also
Apple introduces iPhone 13: what you need to know

2009 : this year marks the birth of Bitcoin, this virtual currency which was created by a person (or a group of people) answering the pseudo of Satoshi Nakamoto, thus becoming the first cryptocurrency issued on the blockchain protocol of the same name.

2013 : 1.7 million documents have been exposed by whistleblower Edward Snowden, former CIA agent and NASA consultant, concerning massive surveillance of the Internet and cellphones by the American secret services.

To read also
Against the domination of GAFAM: “Internet is a common good which must remain neutral, free and accessible”

2016 : strategic communications firm Cambridge Analytica is at the heart of the scandal for using the data of tens of millions of Facebook users, without their consent, to influence voting intentions in the US presidential election won by Donald Trump .

2018 : the General Data Protection Regulation (GDPR) comes into force on May 25 to provide a European framework for the processing of users’ personal data, regardless of their nationality or place of residence.

the time has come to surpass all your sales